You Know What They Say When You Assume

Today the girls and I went to Costco to get our tire fixed.  We had an hour to kill so we walked around checking out the samples and watching bits of Tangled on a $3000, 60" flat screen TV.  Amazingly, I ended up with just 3 things in my cart:  a container of blueberries, some blue agave and a can of baby formula.  As I was putting my things on the checkout counter, the woman standing in back of me said to her friend (in a voice loud enough for me to hear), "I don't understand how a mom can feed her baby formula."  I looked up, a bit pissed off shocked, but she turned away, shaking her head, as though she was disgusted.

Ah yes, what was my initial reaction?  Well, if you must know, I wanted to punch her in the face.  Lucky for her both my hands are inflamed and throbbing today so that wouldn't have worked out well for either of us.  Plus, getting arrested for assault at Costco is a bit trashy (just kidding - sort of).  Anyway, I managed to put a smile on my face, pay for my poison and leave without incident.  I did not open my mouth, even to talk to the cashier, for fear of what might spew out.

If I did open my mouth, it may have sounded a little something like this...

Look, lady, not like it's any of your business but if you knew me you would know that I nursed my baby everyday for the first 5 months of her life, even though my back was throbbing and my arms could barely hold her.  I nursed her even though the doctors told me to stop so they could treat my pain.  I nursed her until the day I was admitted into the hospital because the doctors thought I had cancer.  While I was in the hospital I pumped every 4 hours, around the clock, and dumped my milk because I was on too much medication to keep it.  I pumped in between CT scans, blood tests, biopsies and oncologist visits.  I pumped in the middle of the night while everyone else was sleeping.   Ya, if you knew me, you would know that I continued to pump for another 2 months, sometimes feeding her, sometimes dumping it, depending on what kind of medication I was on.  I pumped until the day there was nothing left to pump.  And then, then I cried.  I cried because it didn't end on my terms.  That was not my plan.  But you don't know me, so you don't know any of this.  But that's why I feed my baby formula.  Do you have a problem with that?

Hmmm, I wonder what she would have said then?

Well, this post is not really about her, although she definitely inspired it.  This post is about what we see, and don't see, when we look at another person.

It's easy to judge.  I do it.  You do it.  I guess it's part of human nature - to look at someone and put them in some sort of box.  We assume circumstances.  We label. We shake our heads because we would never do such a thing.

Well, the truth is... what we see is always just the tip of the iceberg.  We don't see the hurt, the sickness, the pain, the abuse, the struggles. I mean, obviously we don't see it, or we wouldn't be so quick to judge.  Right?

Today was good for me.  It reminded me not to be so quick to point out the speck in someone else's eye, when there's a plank in my own.  It reminded me that what you see on the outside often doesn't reflect what's going on on the inside. Everyone has a story.  Don't assume you know what it is.  Either take the time to get to know it, or keep your comments to yourself.

If you're just joining me, click here to start from the beginning. 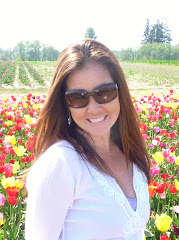